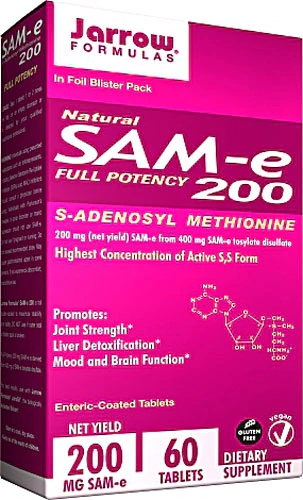 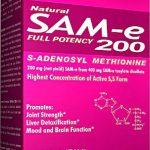 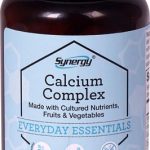 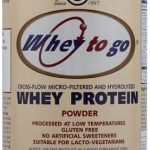 Found in all living cells, SAM-e is a metabolite of methionine (an essential amino acid). SAM-e is a chiral molecule and consists of two forms: (S,S) SAM-e and (R,S) SAM-e. The biologically active form is the (S,S) structure, while the (R,S) structure is biologically inactive. Jarrow Formulas SAM-e is made naturally by microbiological fermentation and then specially processed without solvents to preserve 68-80% (S,S) SAM-e, the highest active level available.

SAM-e has been clinically shown to have the following benefits:

SAM-e methylation reactions are involved in the synthesis of neurotransmitters such as L-DOPA, dopamine and related hormones, serotonin, epinephrine and phosphatidylcholine (a component of lecithin).

Take 1 tablet 1 or 2 times per day on an empty stomach, or as directed by your qualified health care consultant.