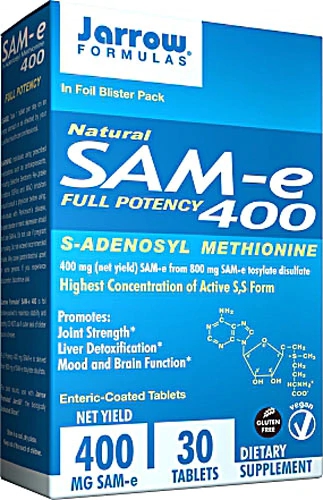 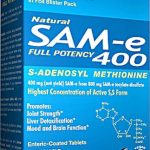 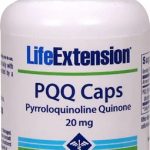 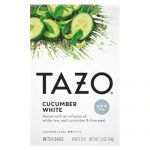 Found in all living cells, SAM-e is a metabolite of methionine (an essential amino acid). SAM-e is a chiral molecule and consists of two forms: (S,S) SAM-e and (R,S) SAM-e. The biologically active form is the (S,S) structure, while the (R,S) structure is biologically inactive. Jarrow FORMULAS SAM-e is made naturally by microbiological fermentation and then specially processed without solvents to preserve 68-80% (S,S) SAM-e, the highest active level available.

SAM-e has been clinically shown to have the following benefits:

SAM-e supports the production of healthy connective tissue through transulfuration. In this process, critical components of connective tissue, including glucosamine and the chondroitin sulfates, are sulfated by SAM-e metabolites.

SAM-e methylation reactions are involved in the synthesis of neurotransmitters such as L-DOPA, dopamine and related hormones, serotonin, epinephrine and phosphatidylcholine (a component of lecithin).

Methylation of DNA appears to be important in the suppression of errors in DNA replication. Demethylation of DNA is considered a contributor to the aging process. Proper methylation through substances such as SAM-e positively influences longevity.

Directions
Take 1 tablet per day on an empty stomach, or as directed by your qualified health care consultant.
Free Of